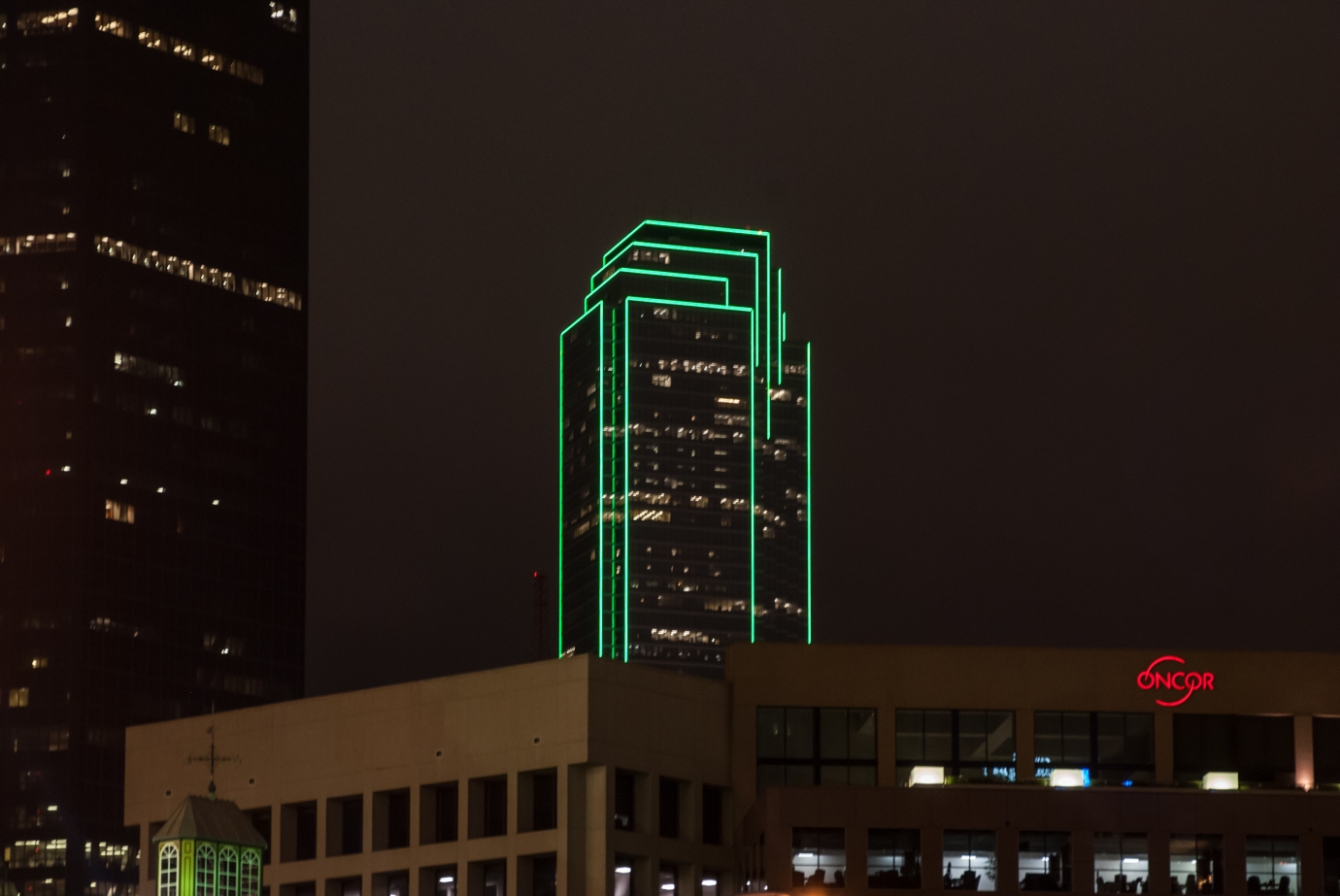 The city breathes its hot breath
In and out of choked lungs
With life blood pushing through
Clogged arteries, falling into dust

Yet wonder and vibrant life
Move through its buildings and streets
Along the wind, coarse with broken leaves
Drip atop scarce raindrops, almost muddy with dust

The heart of the city beats
Among its denizens, those half broken souls
Pass beside the towers of debt
Populating its skyline

I am calling on all writers to submit their science fiction and fantasy short stories and poems for publication on thelandline.com. If this interests you, go to the link below and carefully read the submission guidelines. Then, send me an e-mail with your submission to jim@thelandline.com. I look forward to reading your stories and poems and adding them to the The Land Line.

While I will continue to post poetry and other posts on this blog, please check out my new web site, The Land Line. In it you will find all my poems, short stories, my online novel, and links to articles I’ve published online. If you choose, you can shop for DVDs and Blu-Rays, Poetry Books, Literaure, and even learn about a way to build your own online business.

As always, I appreciate your support and feedback. So, let me know what you think of the new site. You can like my Facebook author page or follow me on Twitter @AuthorJamesLand. I’m so gratified that you’ve chosen to follow my blog and visit every now and then. I look forward to many more years in the WordPress community.

The brush of your hand across my shoulder
Sends fire into my cheeks, burning away
My confidence, waning as the sun over the horizon.
I would chase you until morning
Dazzled as the night brightens your strawberry hair
Undone by the moonlight framing hazel eyes that
Always smile against a masterpiece rendered
In countenance, sublime in its glowing reflection.

Let my love rest beside your form, holding
Tightly your features till dawn snatches
You from my grasp, and memory dreams
Along the snarling contours of day.
I await the night and the fragrance preceding your touch.

Chapter III of Light Years has been posted on thelanlineproductions.net. Check it out and let me know what you think.

Here’s a link to my review of Sunday night’s episode of “Homeland:”

Adult fans of Star Wars pay attention, Star Wars Rebels is not just for kids. Here’s my review of the premiere episode: 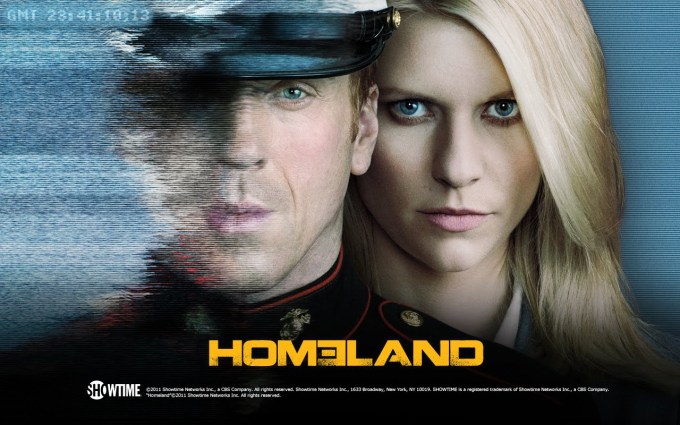 In today’s article, I examine whether Homeland is bigoted against Muslims in response to a Washington Post article titled “Homeland is the Most Bigoted Show on Television”: 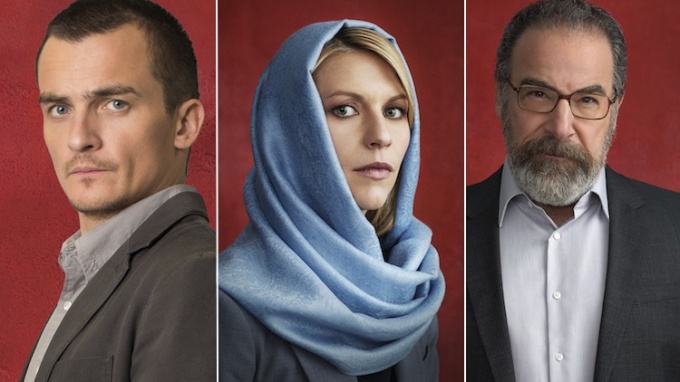 A range of possibilities opens up in Homeland‘s Season 4 opener.

All my dreams rise on thermals
Unhindered in the waning sun
Seeking a fresh perch for the night.

Its beauty keeps them aloft
Silver beams streak like towers of pure light
Reflected and filtered by the moon.

They lay down tracks to usher in
Milky Way and her sister Andromeda,
Their diamond gowns shimmering as life itself.

Check out my article on Homeland’s Top 25 Moments from Seasons 1-3. Later this week, I’ll be examining some of the issues surrounding the show:

The moon shines a golden light on
The sea as we steer through the
Sea of life. If we fail, we will
Not succeed and submerge to
The bottom of the sea of
Life.

My daughter is already a better poet than I. 🙂

I enter the forest at night
Search for a glade and rest
My tools I lay on the ground
Worlds apart, alive with sound

Hours I pass listening to songs
Played out infinitely
My eyes adjust to the dark
Set my sight, enlist my mark

Barrel and scope point assurance
Ranging through the moonlight
My target comes into view
Minutes down, seconds ensue

Accommodation of fresh eyes
Clearly see through the night
I set my finger in place
Press down, capture time and space

Wynter is a new comic with a dystopian science fiction milieu. Sound familiar? This one isn’t just a retread of the old story lines. It’s a fresh take worth reading. If you like comics, here’s my review of issues 1-3:

Simple lives do not exist
Except in imagined states
Uncluttered by emotion or
Cooked inside the pressures
Of human desire, detached
From feeling, yet scarred
By its result.

Always, another stands by
Waiting to exaggerate
The faults of our simple
Humanity, like Cassius
And Brutus arguing friendship.
But friendship cannot exist
Inside the constraints of power.

Never again (but I cannot
Say never) would we succumb
Under the weight of unmet
Expectation should we see the
Depths to which complexity
Overwhelms simplicity,
Humanity overwhelms perfection
And simple lives do not exist.

As you know, it’s hard to make ends meet in this economy. As a teacher and freelance writer with a wife and two children, I’ve been forced to look for new revenue streams in addition to my day job. So, I have joined an affiliate program called Wealthy Affiliate. It is a program that trains people in the art of building web based businesses. If you are interested in building such a business, then go the the “Shop” page to see my explanation of Wealthy Affiliate and why I joined. If you are not interested, then ignore this post.

I apologize for posting this here. My focus remains on providing you with my poetry and philosophical musings about the world in which we live. I will not discuss Wealthy Affiliate again in any future post, but will leave my explanation on my “Shop” page for those who find it and are interested in this program. Feel free to contact me directly if you have any comments or questions regarding this post.

One thing you need to know about me: I love baseball. I love watching baseball, playing baseball, and great stories about baseball. So, I wanted to share with you one of the best moments I’ve seen in baseball this year.

I saw an article on Yahoo! Sports (I’ll post the link at the end of this post) about Sean Smith. He plays baseball in the independent Atlantic League for the York Revolution. Because he plays in an independent league, this means his club has no affiliation at all with any Major League baseball entity. He doesn’t get paid much at all and likely has to work a day job in order to play. I don’t know how much Sean Smith makes, but many independent league players play for as little as $150 a week. They play for the love of the game and to chase their dreams.

This brings us to what happened last night. Smith’s team is playing in game 3 of the playoffs and trailing by one run. Smith steps up to the plate and smacks a game-tying home run over the left field fence. Then things went horribly wrong. As he rounded first base, he fell to the ground in obvious pain. The umpire checked on him and Smith told him his right knee was “gone.”

Let’s break a moment from the story to explain a bit about the home run rule. If a batter hits a ball over the outfield fence in fair territory, it is considered a home run. The player gets a free pass around the bases and scores a run, but there’s a catch. In order for that run to count, the batter must circle the bases completely without any assistance. If the batter is unable to do that, the run does not count.

Sean Smith knew this. So what did he do? He pulled himself up onto to one leg and hopped around the bases, scoring the tying run. He didn’t have any assistance, but he had plenty of support. First, the entire stadium of fans stood and cheered, loudly, to encourage him. He obviously got a boost of adrenaline from their support because he picked up speed and bumped his chest as he rounded the bases. When he crossed home plate, his entire team waited there to carry him off the field, cheer him on, and get him the medical attention he needed. He got the worst news possible, a torn ACL.

But he didn’t leave the park. He stayed to root for his teammates as they won their game. Through the course of this one at bat, he showed more guts, determination, and will power than many people show in a lifetime. And he did with the support of fans and teammates.

I’ll let you decide the lesson in that story, the details of Sean Smith’s emotional moment and the support he received as he rounded the bases. As for me, I hope I can be just as determined and accomplish my goals with my family, friends, and supporters cheering me the whole way. 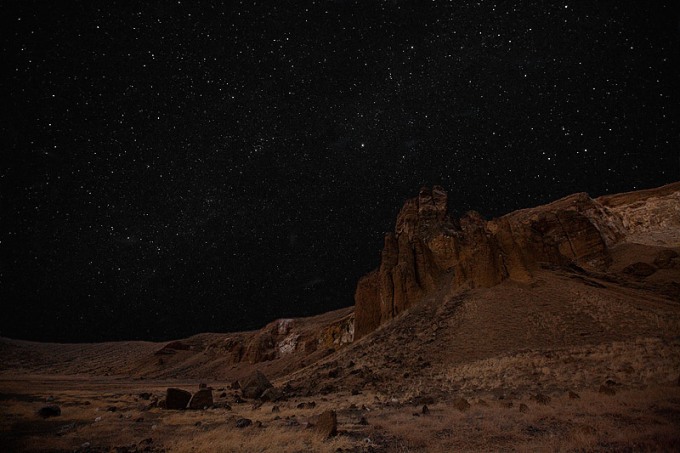 Let nothing rest between us
Save the tiny molecules of air
Trapped between our two bodies
Entwined under a new moon
Surrounded by an audience of stars
Reflected off the glassy surface
Of a quiet spring which nourishes
A teeming plain, full of rattlesnakes,
Pronghorn, and my captive heart.

I review the new trailer for Season 4 of Homeland:

One misstep and the foundation crumbles
Hurtles particles across the open space
People, too, spiral among debris
Settle bruised and battered upon
Tightly woven webs stuck in place

Caught in the throes of life gone astray
Results of testing temptation’s vapor lock
Decisions approach like meteors broken apart
Avoid one, block another, try to hitch a ride
Once it strikes, it’s too late to take stock